In a situation when your network device does not have NetFlow capability (supports sFlow, NSEL, some other or no export protocol), you can still use a server with a NetFlow probe to analyze traffic from the network device and to generate a NetFlow statistics. We will call this server the NetFlow Daemon Server. Figure below shows an example of this situation:

Figure below shows a more detailed illustration. Traffic from uplink interface Gigabit Ethernet 0/0 is forwarded (mirrored) to interface Gigabit Ethernet 0/1, which is connected to the NetFlow Daemon Server. When the port mirroring is started, interface on a switch to whom all traffic is forwarded to becomes useless for normal device communication. It only passes all traffic from a mirroring interface. It will not be possible to collect statistics about the local traffic which doesn't pass uplink interface. 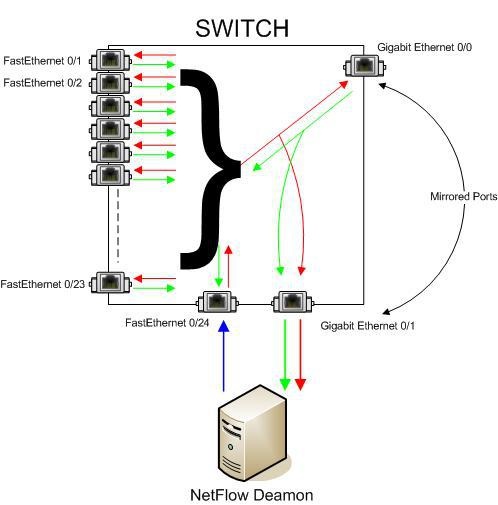 The problem is: How to export NetFlow traffic if the interface on which the NetFlow Daemon Server is connected is unusable for normal communication?

NetFlow daemon server must have two network cards, one for receiving mirrored traffic (eth1) and another one for exporting NetFlow statistics (eth0). This configuration enables NetFlow exporting even from L2 switches. The drawback is the additional port utilization on the switch and the need for an additional server with two network cards. The blue arrow in the figure above shows NetFlow export from the additional network card on the server. Now, it is possible to start the NetFlow probe on the NetFlow Daemon Server.

An example of how to configure port mirroring on a Cisco device is shown below.

We will show an example of configuration with a free NetFlow probe software called softflowd. It has the possibility of exporting NetFlow traffic locally (127.0.0.1) to an UDP port on the same server or to an UDP port on a remote server. 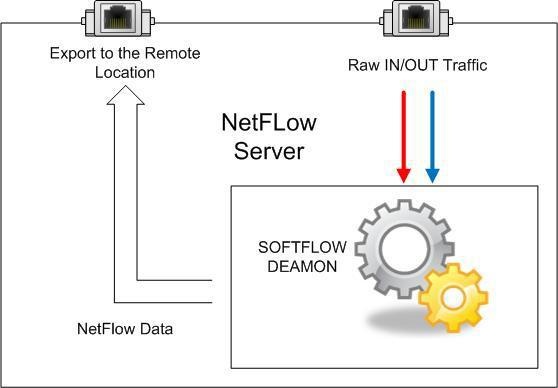 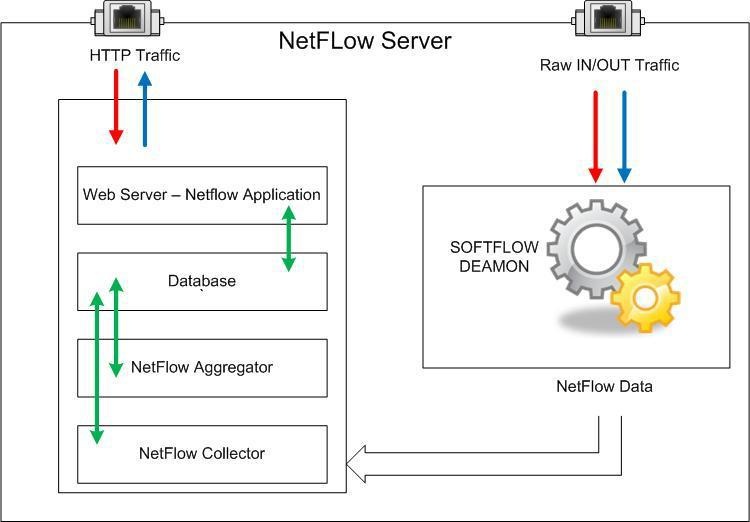 Here you can see how to configure the softflowd on Linux. In our example we are using version softflowd 0.9.9